Matthew A. Cherry is on a roll and we’re so excited to share the news! Hair Love won big at Sunday’s glitziest Hollywood night, taking home an Oscar for Best Animated Short Film. Cherry can now add Academy Award winner to his growing list of achievements. Hair Love is now back on the big screen for a limited time playing before Jumanji: The Next Level at cinemas (in the US and Canada). We hope the UK gets lucky again soon too! 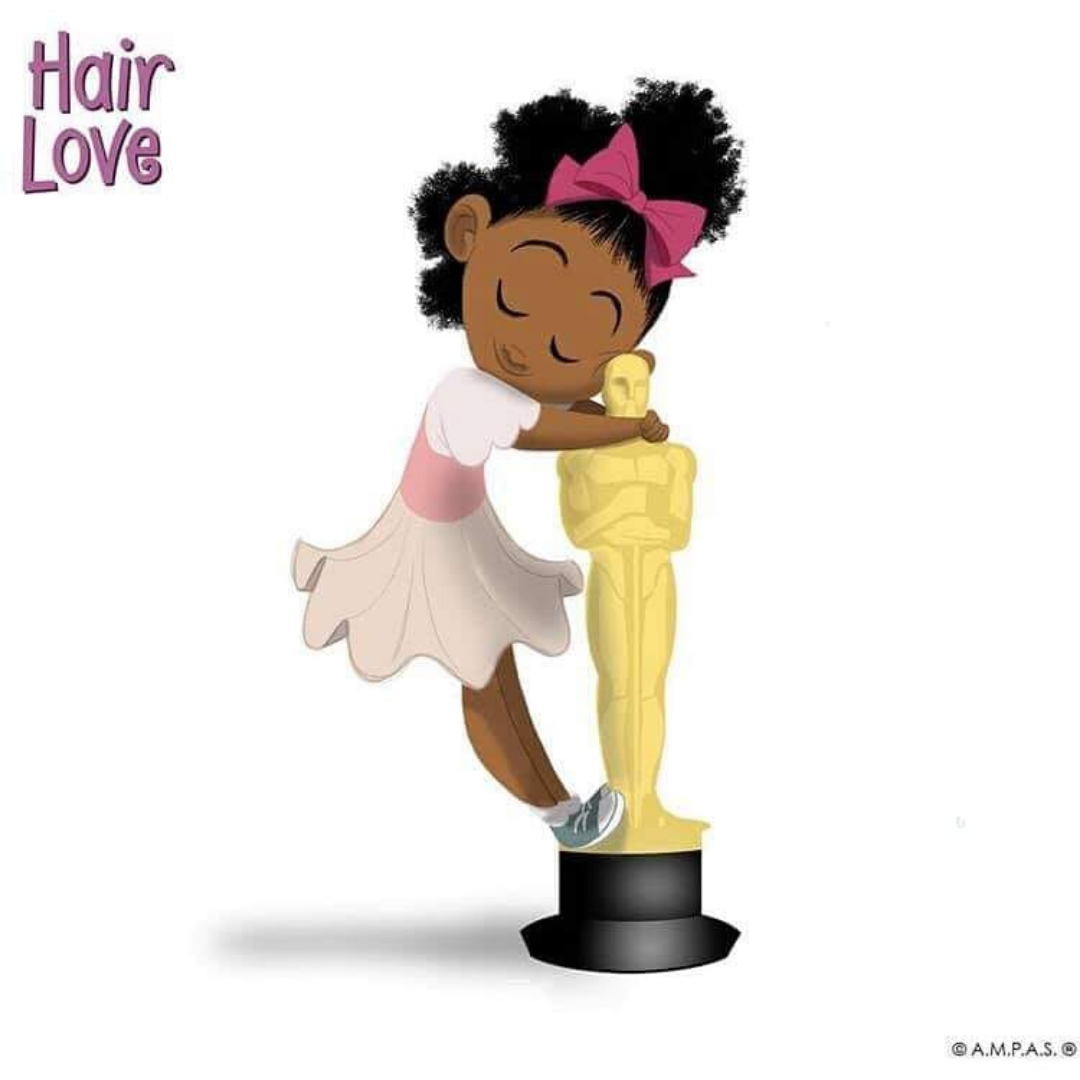 Former NFL player-turned-director, Matthew A. Cherry talks to us about the short film “Hair Love”, in which a black father does his daughter’s natural hair for the first time. From Kickstarter to Oscar award for best animated short film.

Back in summer 2017, we posted an interview where our founder, Dominique Lescott, bagged with former NFL player, Matthew A. Cherry. It was all about his quest to bring his project, Hair Love to life. Since he transitioned into the world of entertainment, producing and directing content, he continues to go from strength to strength. The newest string on his bow is an Oscar!

On Sunday 9 February 2020, Cherry and Karen Rupert Toliver accepted the Academy Award for best animated short film for the representative project that is warming the hearts of children in many homes. Since the release of Hair Love last summer (2019), a heartwarming, animated short film about a doting father getting to grips with his young daughter’s beautiful head of curls.

This visual of black men bonding with their daughters is clearly one everyone wanted to see. Cherry funded the film via a Kickstarter campaign where the global public pledged over $280,000 to get it produced, surpassing the $75,000 target!

Almost two years later, Sony Pictures Animation partnered with Cherry on Hair Love, with Jordan Peele, Gabrielle Union-Wade and Dwyane Wade also serving as executive producers. As a result, it played before each showing of Angry Birds 2 in cinemas worldwide (released in August 2019).

Hair Love treated the vast and wide audience of Angry Birds 2 not only to a well-produced animation with a relatable father-daughter story but to positive imagery of black fathers and the beauty and versatility of our natural hair. It’s a win all round! If you didn’t catch Hair Love in the cinemas, don’t worry, you can still watch it in full below. 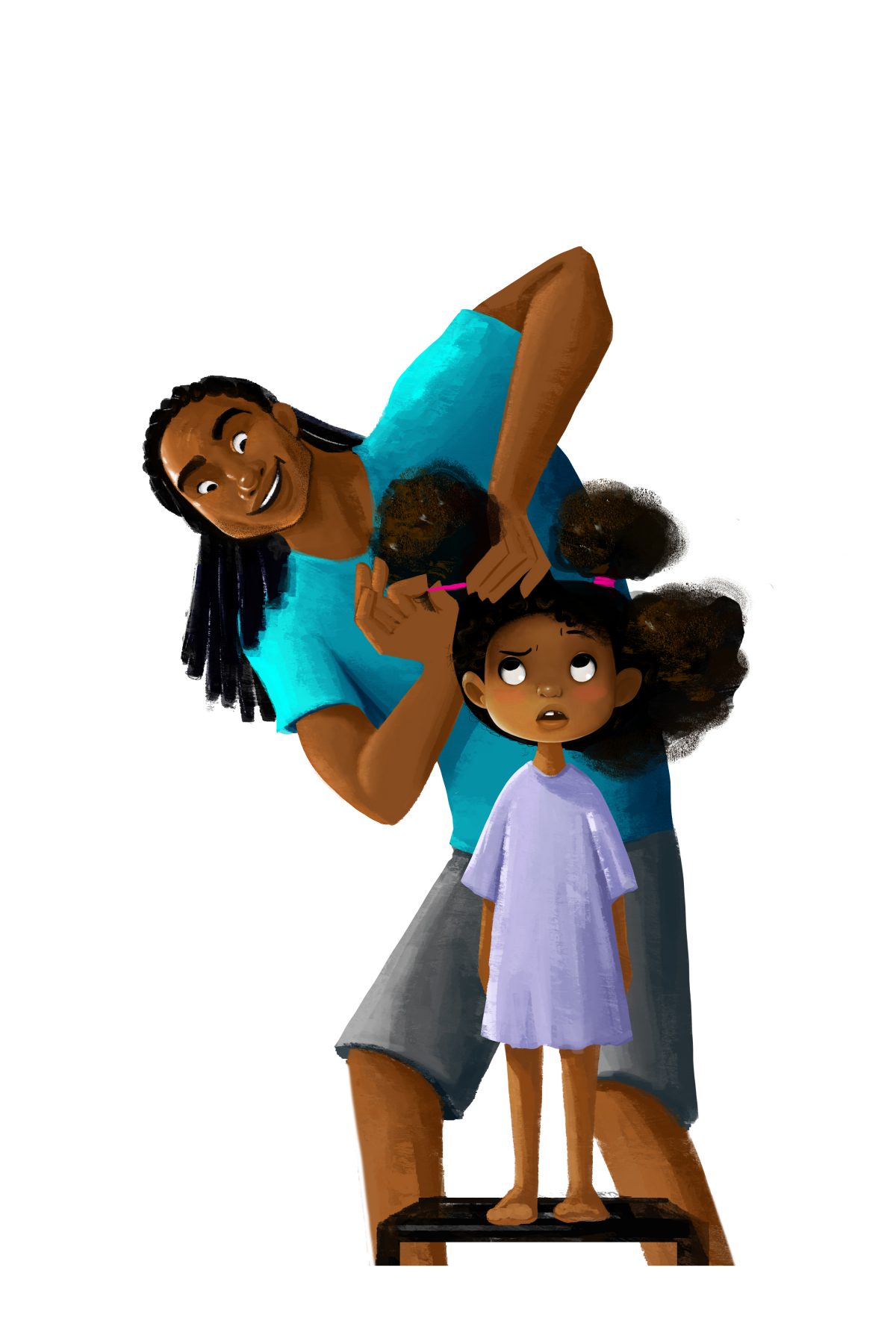 So, if you want to make your hair popp! like daughter Zuri’s in Hair Love, check out our product of the week, Ivy Wild full set, child-friendly UK natural black-owned hair products to wash, detangle and keep your little ones’ hair moisturised throughout the seasons.

Shop for dad and daughter 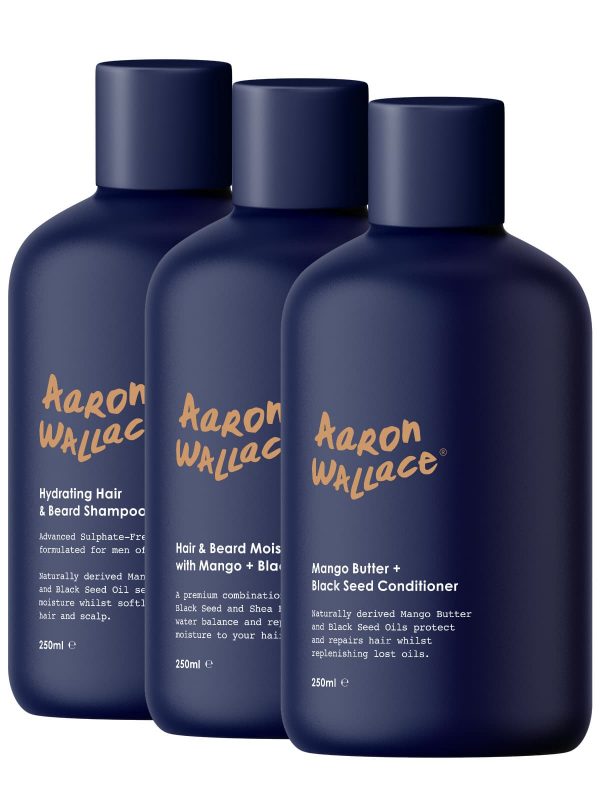 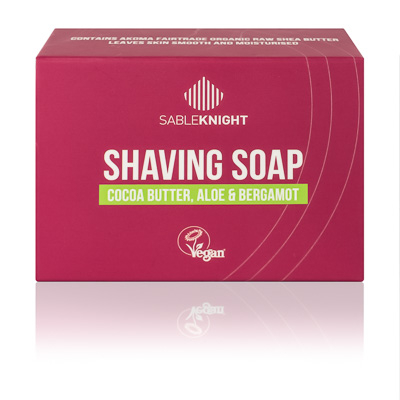 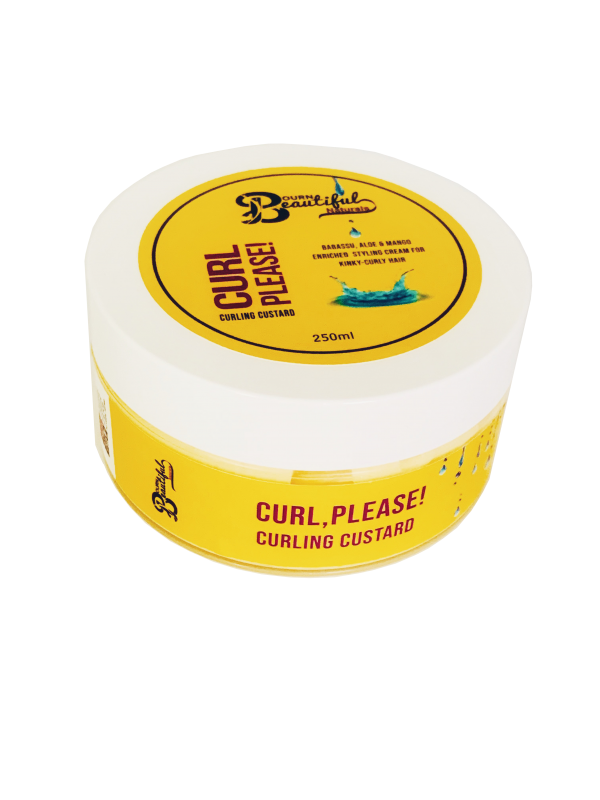 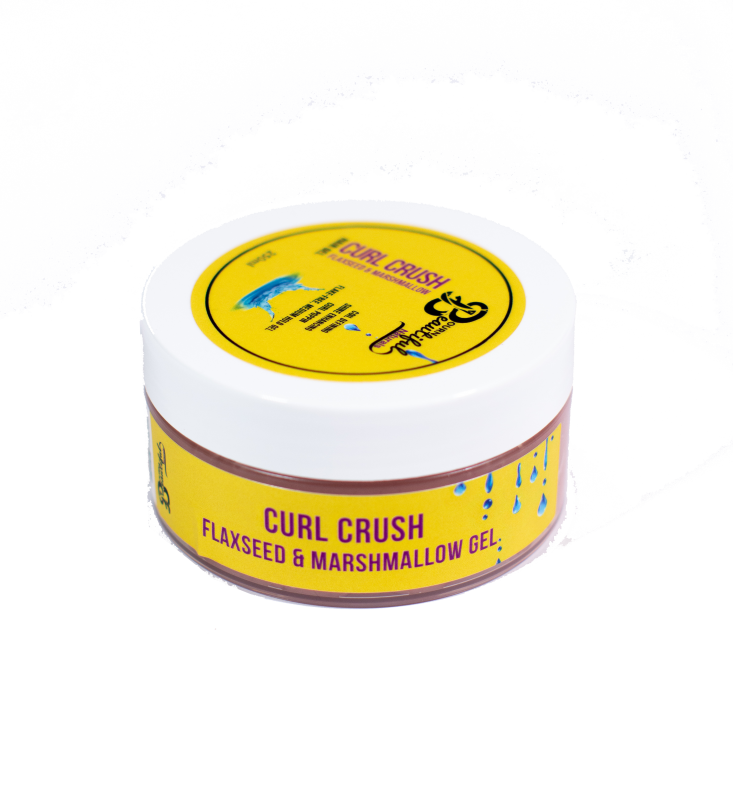 While 2016 saw us talking about Becky with the good hair, this year will bring the focus to Stephen and Zuri with the natural hair. The image of a dad doing his daughter’s hair always generates smiles across the world and across cultures. According to the press release, the upcoming animated short film Hair Love centres around the relationship between an African-American father, Stephen, his daughter, Zuri, and her hair. Stephen has a challenge on his hands when his wife becomes unavailable. He has to do Zuri’s hair for the first time and “soon discovers that her hair has a mind of its own.

A solution to the uneven playing field in animation film

During our conversation, Matthew A. Cherry highlighted the very few animated projects with diverse characters, such as The Princess and the Frog. He wants this film to provide a solution to the uneven playing field in animation film. “This story was born out of seeing a lack of representation in mainstream animated projects, and also wanting to promote hair love among young men and women of colour.

The support for Hair Love has been immense, and several YouTube videos of black dads doing their daughters’ hair have gone viral. Some people have commented with the opinion that fathers shouldn’t be getting extra credit for doing this task; it should be seen as part of their standard duties as a parent. I haven’t seen those comments but I totally agree, he tells me on the phone from Los Angeles. People see black men doing their daughters’ hair and it creates excitement because those types of images aren’t the norm.

Fathers of all races can do their children's hair. It shouldn't be 'special' 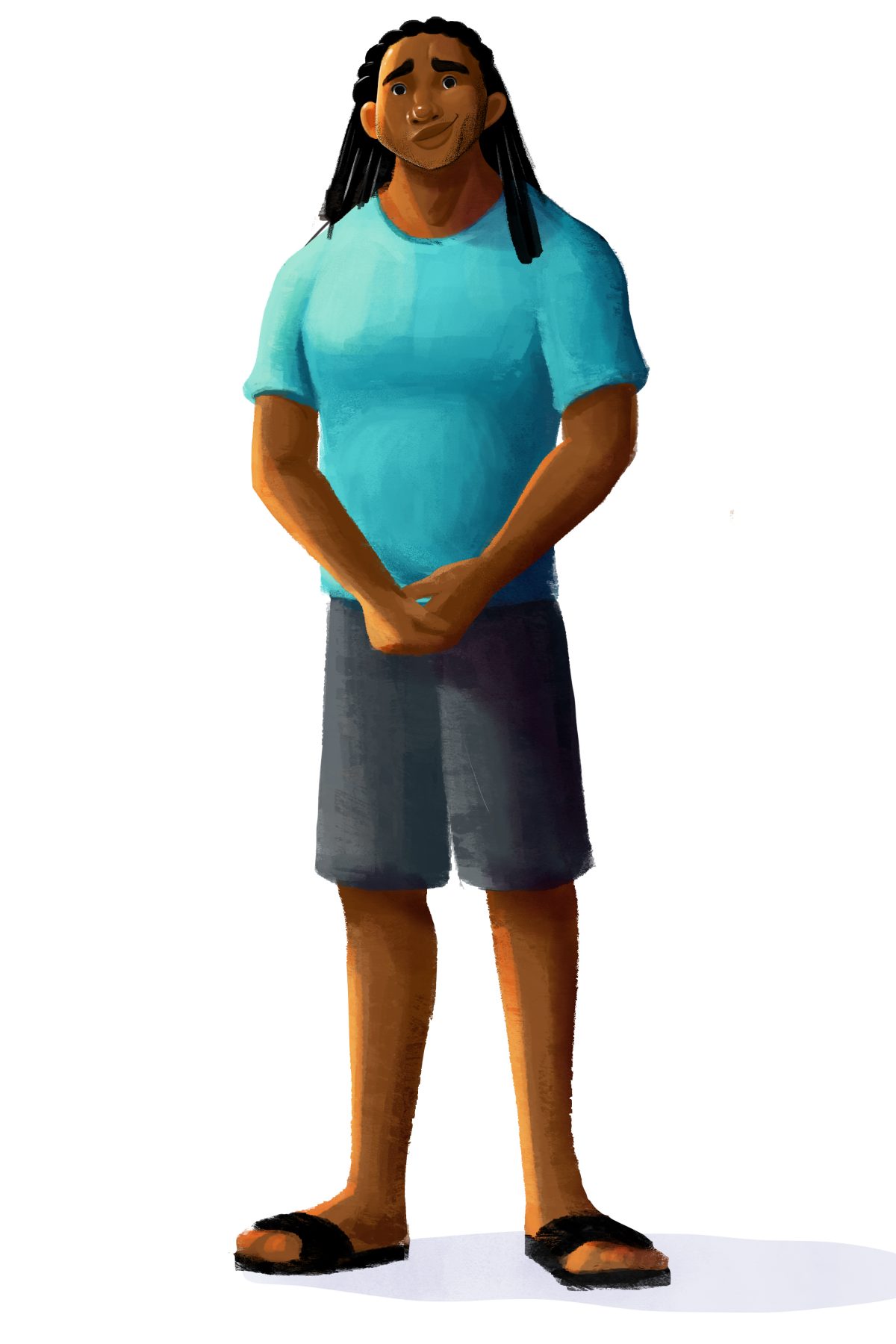 The media opinion of black men is negative

A lot of the time, the media opinion of black men is negative. They are painted as deadbeat dads, “he says during our challenging, Nevisian connection style Skype call. I have a lot of friends with kids, actively involved in their lives. Even if they haven’t married the mothers.

The focus of our conversation was on the representation of the African-American experience. However, the negative stereotype of black men is a universal issue that black British men also face.

Elliot Rae, from London, is the founder and chief editor of the blog Music Football Fatherhood, the parenting and lifestyle platform for fathers. Rae says, “MusicFootballFatherhood.com is home to the online community of fathers, and men looking to be fathers in the future, from the UK and beyond. Think of us as the Mumsnet for dads. “In his online article for The Independent, he details how he feels ignored by mainstream media as a young, married, professional, black father. There are many other uncelebrated men like him. Appearing on the Off the Cuff podcast, Rae notes that when you do see black men in the media a lot of the time we are on Crimewatch. He wants to push forward a new standard that more accurately reflects the black fathers he knows. The positive black male role model does exist.

I want to do anything to normalise black families

Cherry is one such positive black role model concerned with tackling diversity in the media. He believes that normalising black families beyond the widespread labels and images that currently exist to humanise us. “It affects how people interact with us” from the curious colleague to the partisan policeman pulling a black person over. The aim is to see black men as fathers, brothers or sons, eradicating negative connotations typically associated with them.

Cherry talked with excitement about how the recent slew of new shows in America, such as Black-ish, Queen Sugar, Empire, Greenleaf, and Insecure, are demonstrating that black people are not monolithic. He feels these programmes are communicating boldly that ‘All black people aren’t bad, but that we are all human.’ You have a suburban family, a church family, an entrepreneurial family and young millennials trying to figure out their lives. There are so many varieties of ‘the black family’.

The film is bigger than hair

When describing the outcomes for Hair Love, Cherry says, ‘The film is bigger than hair. It is helping to normalise domestic things within families. He continues. Other races and demographics do domestic things. But when people see black men doing these things, it’s incredible.

He reflected on the ever-changing gender roles within society today. Women are working more, and in some households, they may even be the breadwinner. Before, a father might change a diaper and the mother handles everything else. He shares his twenty-first-century observations of going out jogging and seeing men pushing buggies, often on their own with their children. Women and men are having a more equal share of child-rearing duties. The times are changing.

When asked why it was important for a dad to do his daughter’s hair, he referenced the theme for Hair Love: unconditional love. It’s quite unique to see fathers doing their children’s hair, although it shouldn’t be. And when the pervasive stereotype of the absent black dad reigns supreme, it’s even more unique. Whilst the film is demonstrating that representation matters, a family of any race can also relate to this story. The bottom line is this: kids look up to their dads as their heroes, even to rescue them from a bad hair day.

Cherry discussed the relationship between the main characters, dad Stephen, and his daughter, Zuri. Stephen is a gentle giant in a lot of ways. His wife usually does Zuri’s hair but is unavailable. Zuri has a big, important event coming up and she needs to look good. Stephen tries to do her hair for the first time. He tries to put rubber bands on it, but her curls have their own ideas. Stephen is dealing with a big, kinky curly afro. He turns to YouTube for help and finds a natural hair blogger, Angela (below).

The goal Hair Love wants to achieve is one of education and entertainment. Cherry’s ambition is for the short film to play in the cinema before a Pixar movie starts. The biggest goal is for little black children to see this film and feel it represents them. Animated projects have younger audiences with impressionable minds. They could be suffering from low self-esteem or poor self-image. A confident Zuri with the big, kinky hair to look up to, means mission accomplished.

Zuri is also the name of a character from the Disney show Jessie, played by a young black actress, Skai Jackson. She has beautiful, kinky curly hair, which she usually wears out and proud. On whether the name Zuri is because of the Disney show, Cherry claimed pure coincidence. Zuri is a name that he and his girlfriend have considered as a potential baby name and is not linked to the character in Jessie. There were other ‘cool’ names that were possible options, but he wanted one that he felt related to little black girls. More Zuris in the world can never be a bad thing.

Cherry is an award-winning filmmaker who has produced and directed several projects under his independent company. His credits include music videos for Snoop Dogg and Michelle Williams. He also directed the feature-length film The Last Fall, starring Lance Gross. He has always had an interest in animation but found it to be very expensive. When you watch Pixar animated films, you always see a thousand names in the credits. The average cost for animation is one million dollars per minute. As an independent film company, Cherry never thought he could raise the money to do such a project.

Cherry is an award-winning filmmaker who has produced and directed several projects under his independent company. His credits include music videos for Snoop Dogg and Michelle Williams. He also directed the feature-length film The Last Fall, starring Lance Gross. He has always had an interest in animation but found it to be very expensive. When you watch Pixar animated films, you always see a thousand names in the credits. The average cost for animation is one million dollars per minute. As an independent film company, Cherry never thought he could raise the money to do such a project.

Your bag is currently empty.

We are active on social media. Follow us to get regular updates on hair care news in UK
E-mail hello@hairpopp.com